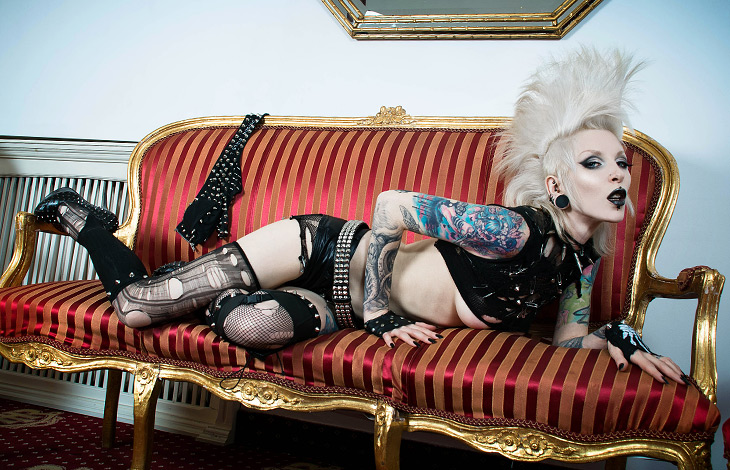 Genuine deathrock beauty Razor Candi is down-to-earth and humble about her success and grateful for the appreciation she gets for her work. Razor Candi likes to question authority and enjoys the darkside, giving props to her horror and music icon inspirations.

You are probably the most famous deathrock babe on the planet. How did you get into alternative music and how has music and music culture inspired your sexuality and style?

It's always hard to pin point exactly when you've become influenced by something in particular, I believe over time you are influenced by all the things that collectively happen around you and either at an early age certain things just strike a cord or they just don't. I don't think people choose to be alternative, I think it's largely based on what affects us at an early age. I remember always being awed by punks and goths when I saw them in the streets or on TV, perhaps it had something to do with my fascination in horror flicks when I was growing up but I was just always mesmerized by things out of the ordinary or deemed "abnormal".

Essentially this made me different than most kids while I was growing up so naturally I developed an antisocial and very misanthropic attitude which sort of drew me toward the alternative lifestyle where my influences only became more pronounced in the alternative scene. I've always been sort of a rebel or trouble maker, I constantly had a hard time conforming to authority and society, so it was pretty logical that I was attracted to rock n roll, goth, punk or any kind of alternative music because for me it had the strongest message when it came to emotions and statements. I think this is when I discovered that music wasn't the only way for me to express who I am but that I could use the music that influenced me to represent partially who I am and the things I was passionate about.

Being raised with a Ukrainian Catholic background I did have somewhat of a sub-conscience moral value when it came to my body and sex but I always questioned things and felt that sex was always taken too seriously. I've always had a very open mind about sex and I thought men in drag were very kinky which was great for me because the gothic scene was rich with gender bending, painted up, fishnet clad men [which shows a clear influence where some of my styling ideas spawn from]. The idea of gender bending has always been a sign of anti-system and shocking which I found intriguing. Though my tastes have changed a bit I still keep a very open mind for all types of fetishes and... flavors ;) By my teen years I started showing more skin because I strongly believed it was my right as it is my body, mixing an aggressive style with sexual suggestions just came natural. In a way it was a big 'fuck you' toward conforming to society. Perhaps the alternative culture influenced me to turn away from conformist ideals and 'lady like' standards or it was a reaction to growing up with moralistic values being shoved down my throat. I was just really aroused by the thought of presenting a statement that said 'I'm freaky, I'm scary, and I'm fucking hot, and if you don't like it the chances are I probably don't like you!'

What is something naughty you have done at a rock club or festival?

There was one show I attended [Ice Ages] that sticks out in my mind but not because of the amazing performance the band put on however I have them to thank because the show was actually so boring that my partner and I felt the need to sneak off together to the restroom for a very memorable quickie to pass the time hehe.

Usually I know what I want and I am often more in command with my needs without feeling guilty about the demand I make from my partners however I've always had an erotic fantasy about being tag teamed by countless amounts of mega hot crust punks who just have their way with me. The thought of surrendering my body to spiky haired boot clad gutter punks is a major turn on. Being (encouraged) to pleasure them by sucking, fucking, being spat on, tied down and roughed up as they turn me into an object of their delight would please me quite a bit.

What are some of your favorite bands and how do you like to discover new music?

Some of my favorite bands which range from all types of genres are (in no particular order) :

You've been immortalized in music videos and song lyrics. Any anecdotes about how that has happened?

To be honest, I still haven't even figured out the story behind how I've made it as far as I have in the scene haha. Even to this day despite my mystification I'm deeply thankful for every opportunity I've encountered within the scene. I've never really tried to become famous or popular, I just take opportunities when they are presented to me and it just happens that people seem to like what I am doing. For me it's great because it means I can keep doing what I do which makes me very happy. It probably sounds like I think I'm not deserving of my achievements, but the truth is I'm just really grateful for them, in a scene that has widely expanded and over saturated it feels nice to know that I still stand out among the masses, but I also want to keep a straight head and remain realistic. 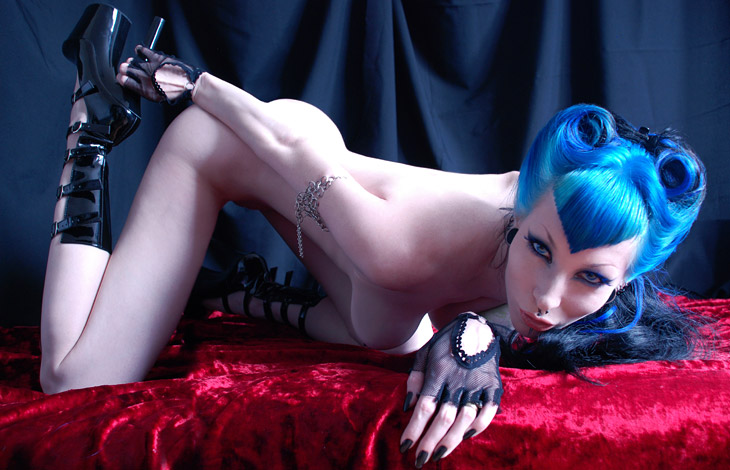 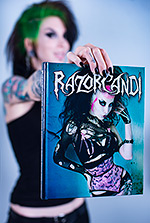 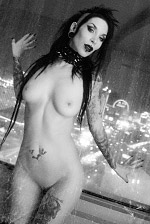 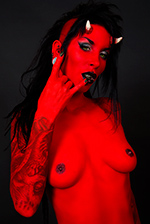 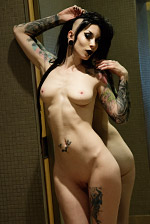 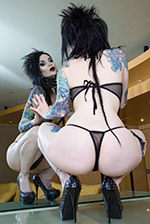 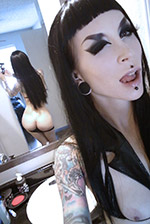 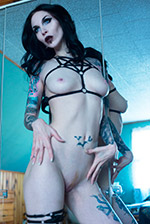 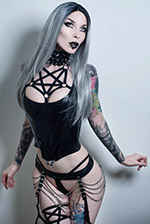 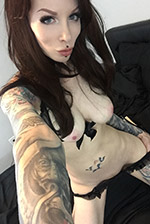 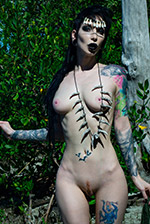 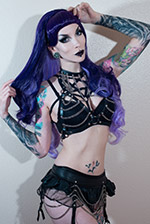